Welcome aboard the REEL BUSY and to our St.  Lucie Inlet Fishing Report.  The red hot dolphin bite of May never happened this year. Sure we had some good days, but overall the dolphin bite was disappointing. We’ve been catching Sailfish, dolphin, kingfish, tuna, bonito and lucked out with a couple of wahoo. 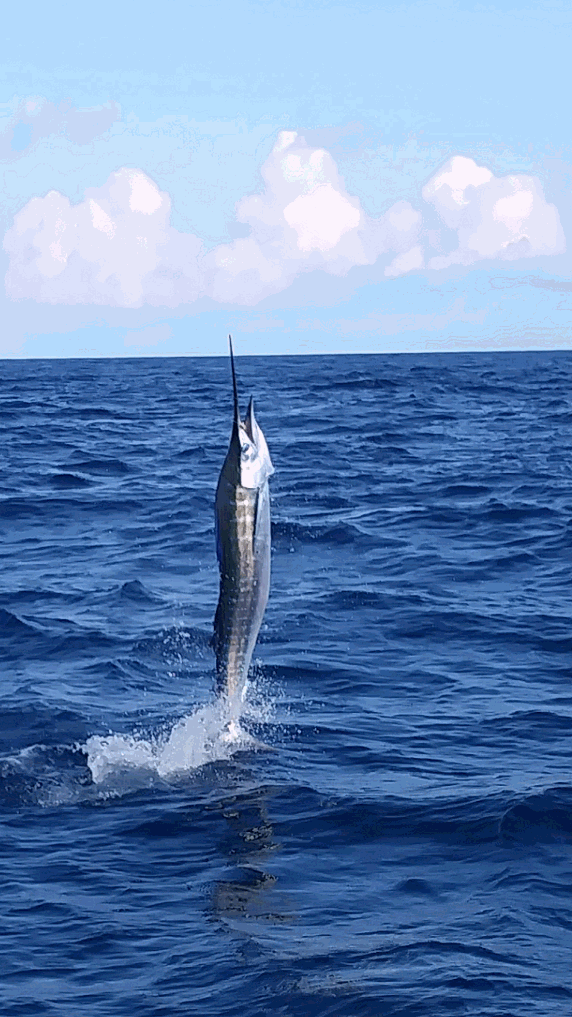 The summer sailfish bite is going to be good again this year. We’re already catching one or two sailfish on most of our fishing charters. We’ve  found a good sailfish bite from the towers to the FPL in 80 to 120 feet of water but they’re scattered about and we’ve caught a couple sailfish out by the hill. 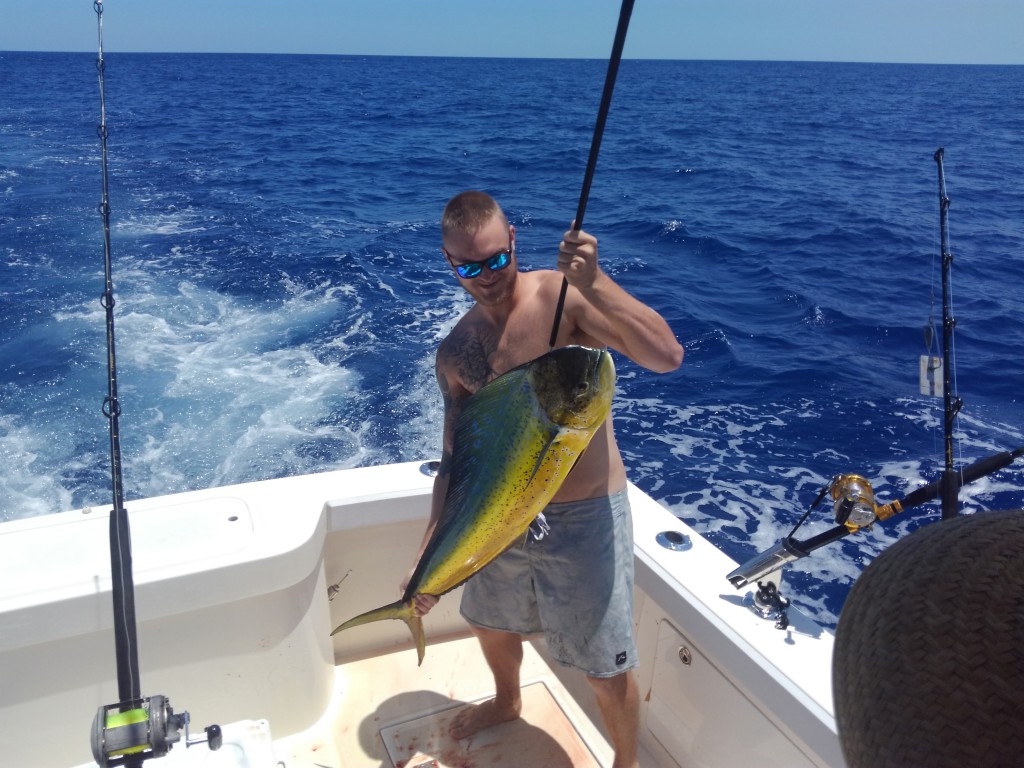 The dolphin bites not red hot but we’ve been catching a few. The dolphin are scattered about just like the weeds, 80 feet, 180 feet 280 feet…   hopefully the winds will let the weed lines form up and we’ll have a fired up dolphin bite in June/July. 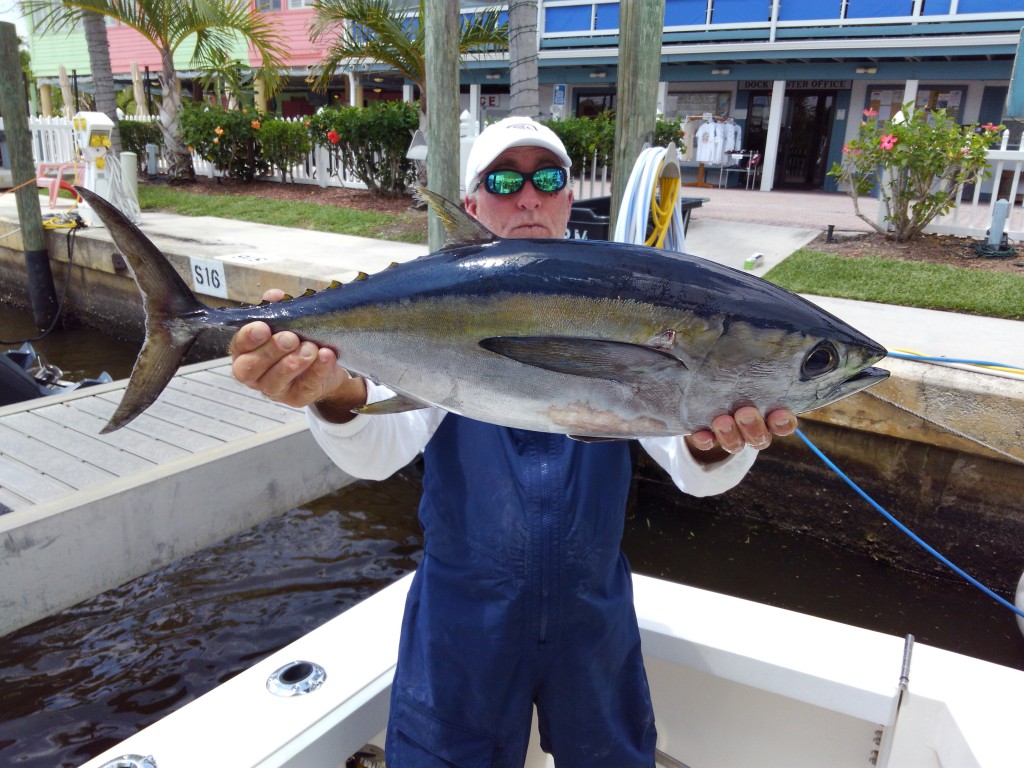 The black fin tuna that usually stack up on Push Button Hill finally started showing up last week. It’s still hit and miss with a dozen one day and lucky to catch one or two the next. Most of these tuna are 4 to 6 pounds but we’ve had a couple in the 15/20 pound range so far. 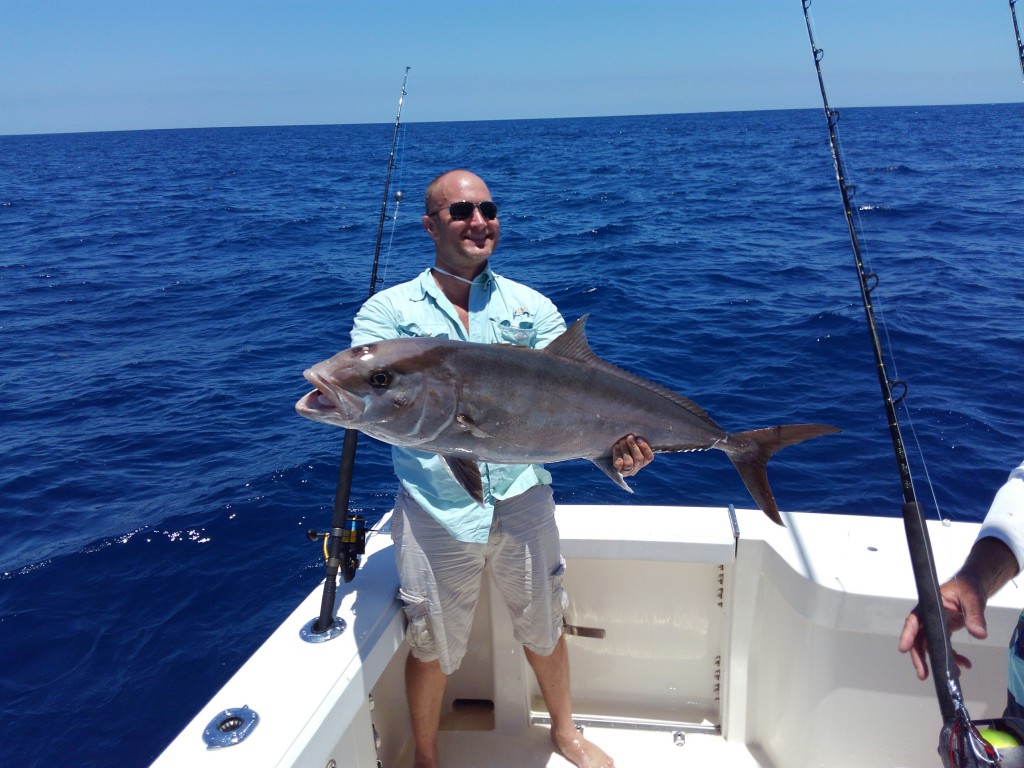 The kingfish have shown up in force from the towers to the 8 mile along the reefs and wrecks. Most of them are 5 to 10 pounds but there’s a  few pushing 35/45 pounds. Bonitio, cobia and amberjack will also be found around the reefs and wrecks this time of year. 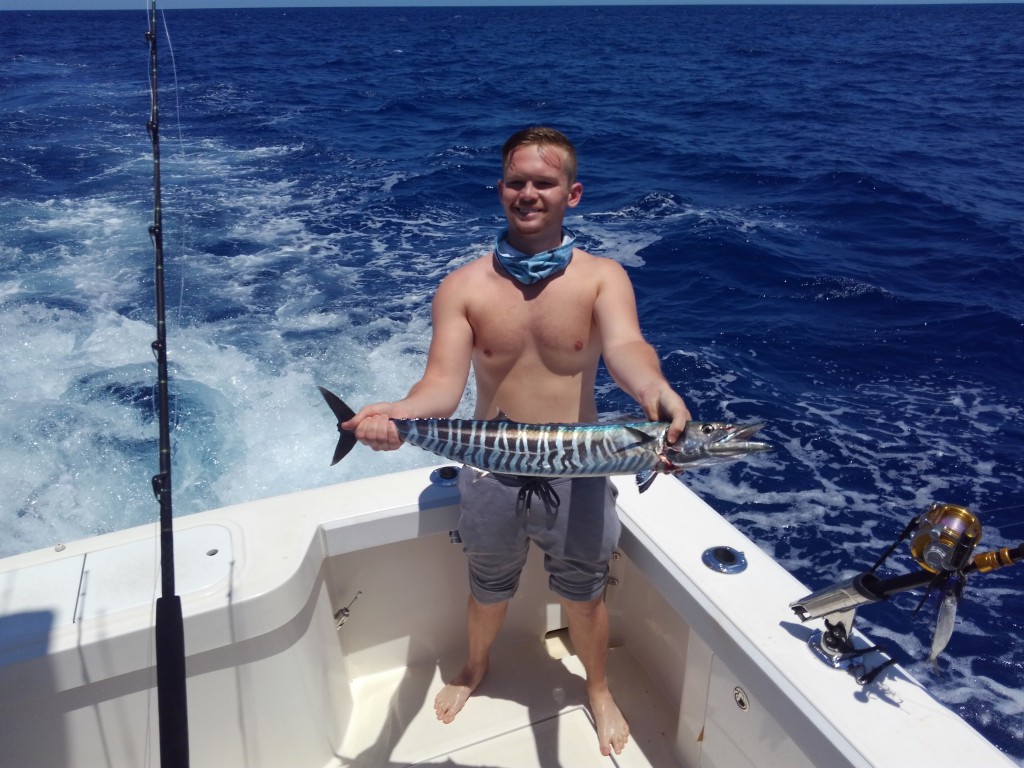