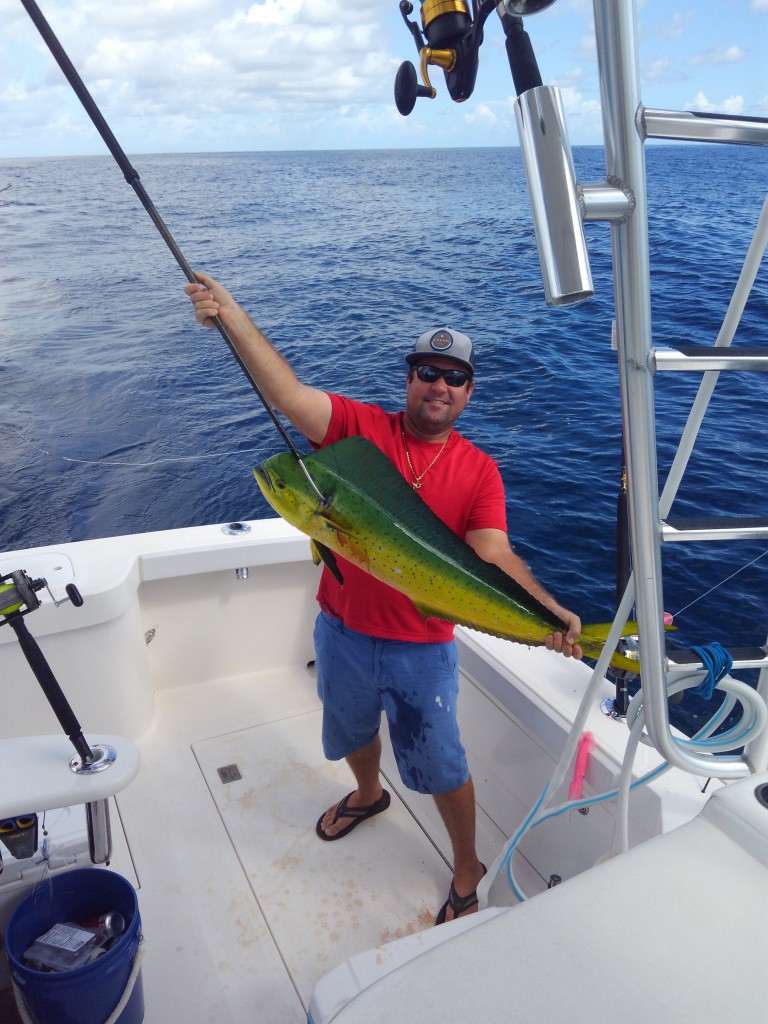 October started out on the slow side with a scattered pick of dolphin, sailfish, kingfish and tuna. The dolphin fishing picked up as the week went on last week and the fall run of dolphin has begun. 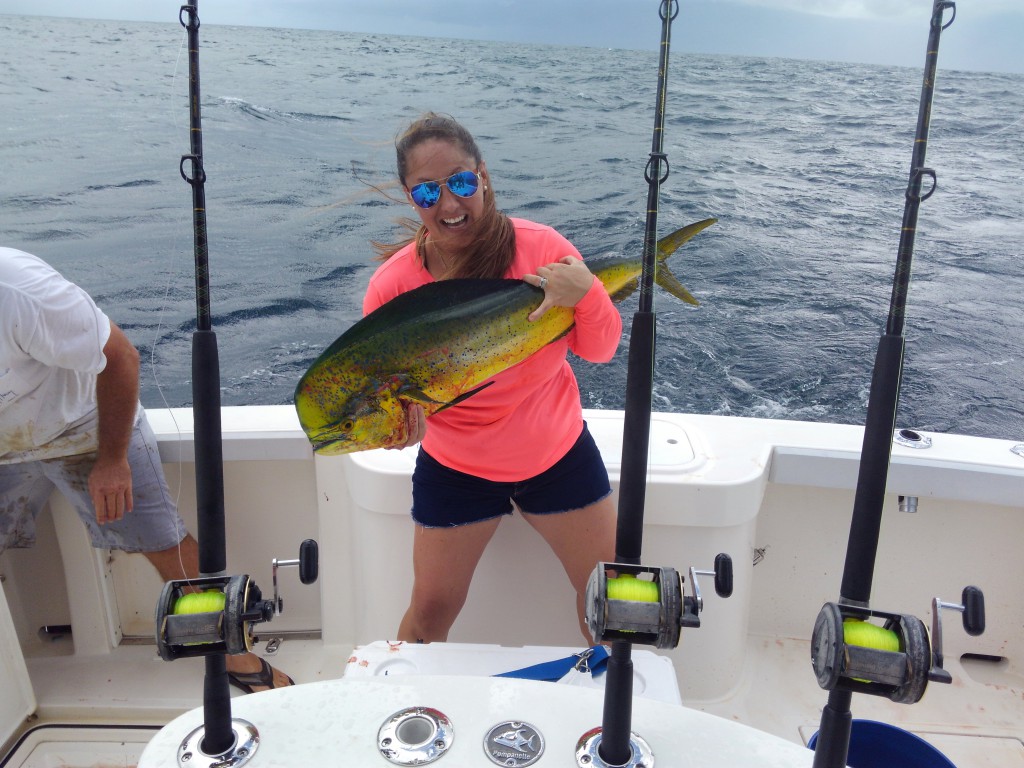 Yesterday we caught 15 dolphin up to 20 pounds and a sailfish. Most of the dolphin we’re 8 to 12 pounds with a few from 15 to 20 pounds. There’s still a few peanut dolphin in the deeper waters of the gulfstream but most of the larger dolphin we’ve been catching have been in 100 to 200 feet of water. 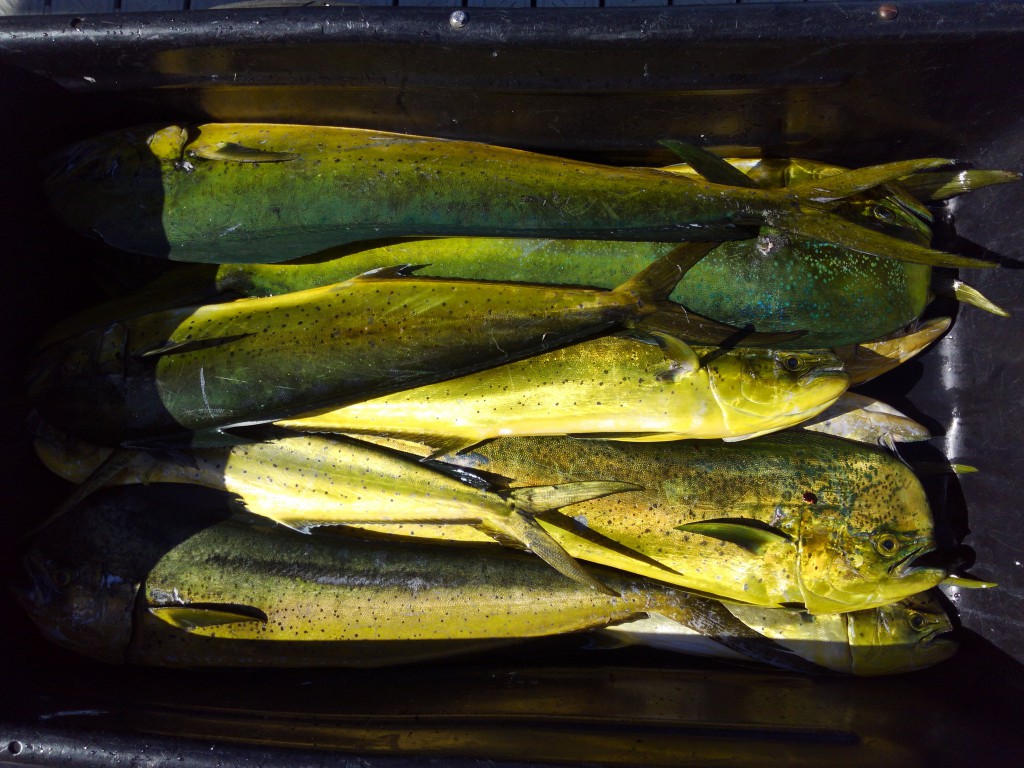 Early last week there was few jumbo blackfin tuna around of 15 to 25 pounds but haven’t heard or seen them since. The tuna will continue to pop up on and off throughout the fall along the edge of the gulfstream but don’t expect them to be stacked up on the hill as they do in the spring and summer months, they’ll be scattered about.

We’re still catching a few kingfish but mostly smaller snake kings, not as many smoker kings as we had a month or so ago.

There’s been a few Wahoo off the coast of Stuart/Jupiter but the reports from the Bahamas side has been excellent. It’s a great time of year for a two or three day West End Bahamas Adventure catching Wahoo. 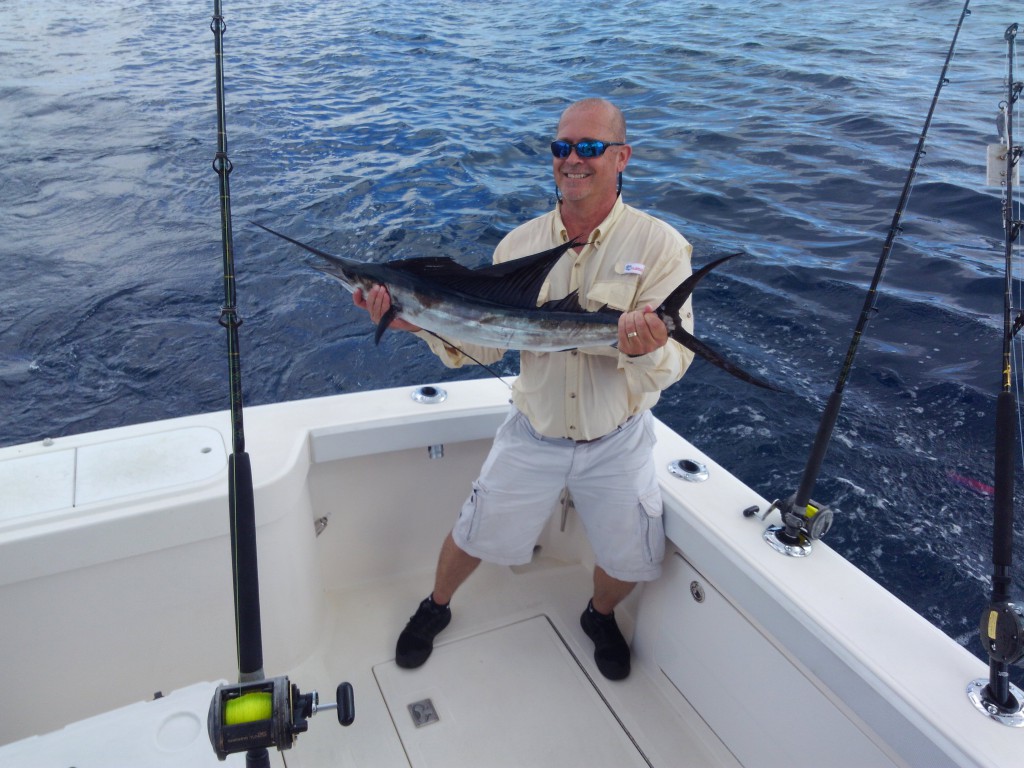 The first sailfish to show up in the early sailfish migration are the smaller pups from 5 to 25 pounds. We caught our first pup yesterday of 5 to 10 pounds. We hate to handle sailfish to much and prefer to leave them in the water unless we need measurements for a mount. This little guy yesterday managed to jump into the spread and wrap up in another line so we quickly got him unwrapped and back in the water for the next angler to enjoy. 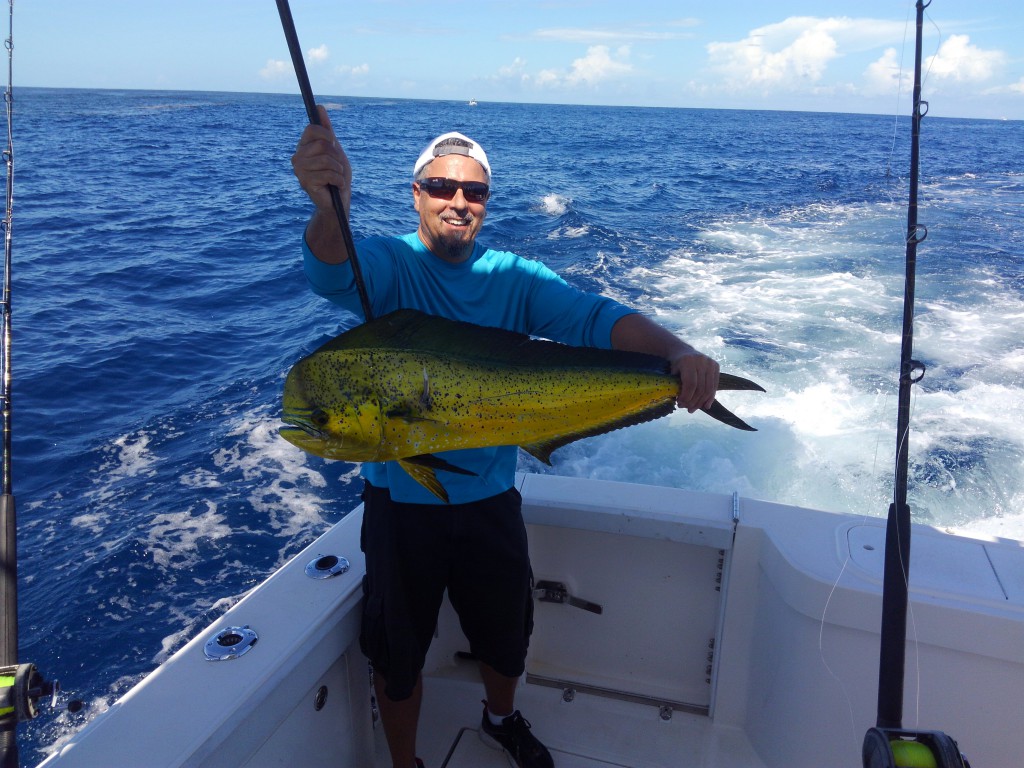 Stuart Florida to the Bahamas, Novice to the experienced angler, Reel Busy Charters will hook you up with a great time on the water catching fish. Call or Text Capt. Wayne Brodeur, 772-341-6609 www.reelbusycharters.com